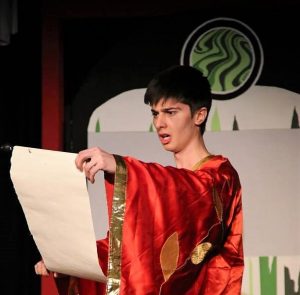 Edwin first began learning music at the age of 4. Since then he studied at the Royal College of Music and attained a First Class degree in Music from the highly respected University of Manchester (rated best in the country 2013). He has been taught by several acclaimed teachers including: singing with Margaret Maguire, Richard Strivens, Timothy Dawkins and Colin Baldy, piano with Hazel Fanning and Geoffrey Govier, and trumpet with Philip Bainbridge. He has also studied music theory and analysis.

Edwin is an experienced baritone singer. For a full list of his experience, visit the ‘Baritone Singer‘ section of the website.

He is also an experienced chorister. He has sung with choirs all over the UK and in Ireland, Italy and Hungary. He sang with Manchester University’s elite chamber choir, Ad Solem, and regularly sings with Stile Moderno and Icosa. Furthermore, Edwin ran a children’s choir and several children’s ensembles for two years till his studies in Manchester. He now frequently performs with ‘pop-up’ semi-professional choirs in London.

As a pianist Edwin has performed frequently, including in the Southbank Centre. He has a Licentiate diploma in piano performance (LRSM) from the ABRSM exam board.

Edwin is an award winning composer with extensive experience composing music for media (video games, TV, trailers and film). He has been composing for over 20 years and continuously improves his craft to innovate.

As an art music composer, several of Edwin’s compositions have been performed in public concerts, including a string quartet workshopped by the Danel Quartet, three choral pieces premiered by the choir Latin Name TBC, and ‘Erasure’ for bass clarinet, percussion and electronics perfomed at the Royal Northern College of Music.

As a teacher, Edwin believes in introducing solid technical foundations to all his students in an enjoyable and approachable manner. He has had many excellent teachers over the years who not only taught him music but also the art of teaching. He accommodates the particular nature of each student and no two lessons are the same. Where the student shows interest, he enriches lessons with insights into music history and theory so that students can combine good technique with good understanding. He also has a keen interest in the psychology of music and performance and can help students practice efficiently and perform confidently.

No comments to show.

No archives to show.